As Rose is away from her pc these days, instead of her posting a fashion pic, I thought to share the story of how I met her in Deadend, a dark, urban roleplay sim, more than a year ago. At that time we didn’t take pics, but we did go back after a year and tried to recreate the scene. It is a rather simple one, but a complicated, long story fetched from it and I like the idea to keep it in a nice format. If anyone would like to see more, please let me know.

(This is actually the second time we met, but the first one was rather short. 11-dec-2015)

Apollo entered and waved absently to the server while he checked out the redhead, recognizing her from the other day. “Hey..” He ordered his usual pepperoni and sat by the “usual” table. “Are you feeling better?” he asked her if she was paying any attention.

Rose was totally having fun dancing after helping her boss and Mera ‘decorate’ that tent on the basketball court. After a moment the door opened sending a blast of cold air into the tiny establishment. That didn’t stop her from dancing though. Well, it hadn’t until the person spoke to her. She turned to face him and lifted an eyebrow. “I’m sorry, what? Have we met?” she asked. The drug she had been on had blocked her ability to make memories of that day so she really had no idea.

Apollo nodded slowly.  “Unfortunately just briefly. But I am glad you feel better. Dance is good for you….” he offered a faint smile, his eyes drinking in the sight as she turned and looked at him. “You almost jumped me.” he added with a soft chuckle.

Rose  flashed him a smile. “Well thank ya, I used to dance before getting a job here,” she nodded as if that explained why the dance was good. Then that smile fell. “Oh, did I?” she asked reaching up to scratch the back of her head. “I’m sorry. I promise I am not normally one to jump to violence,” she chuckled.

Apollo raised an eyebrow, imagining her dancing professionally and nodded again. “Care to sit down? Share a pizza maybe?” he pointed across the table and added “Well, I was just concerned. Pretty girl like you should be careful in this pit of hell…” he waved around. “Meaning the city… pizza place is okay though.” he smirked.

Rose shrugged and slid into the booth. Hey, she wouldn’t turn down food, as long as Hector wasn’t trying to drug or make one of his special pizzas. “Oh, I am,” she nodded. “Trouble seems to find me though,” she laughed dismissively.”Even here,” she waved her hand to the store.

Apollo smiled “Trouble does find pretty girls…. And hey, I found you too.” he added with a glint in his eyes, leaning back to look her over comfortably as she sat down. “I am Apollo… Moved back in a few days, I am actually looking for a place to rent.”

Rose lifted an eyebrow and crossed her arms over her chest as he spoke. “Oh? Are you saying you’re trouble?” she asked. “Apollo, like the greek god?” she frowned before a chuckle bubbled in her chest. “You can call me Rose,” she said after a moment.

He grinned. “I am all trouble.” he chuckled at her comment and shook his head. “More like the rocket that brings you to the Moon.” he waved to the server to bring two plates for the pizza, then turned back. “Rose…” he leaned forward and traced the curve of her face in the air “I am a photographer too, besides other jobs. I would love to make some pictures of you one day, if you don’t mind….” he smiled openly, then turned his attention to the pizza that arrived, giving her some time to react.

Rose felt her lips tug in a grin. “Tsk tsk,” she chided with a shake of her head. “Trouble won’t get ya far,” she would offer a wink as she leant forward and braced her forearms on the table. She listened as he spoke, then went on to list one of his hobbies. “Photographer?” she asked as she watched his hand lift to trace the air as if following the curve of her face. “I must say, no one has ever asked to photograph me before,” she said leaning back as the pizza arrived.

Apollo smiled “You have a beautiful face. It was just a matter of time to get discovered.” he bit his lip. “And I promise to behave, if that is a concern.” he cleared his throat, visibly struggling to make that promise, but smiled more. He offered a slightly crumpled card with a name, website and phone number. “You don’t need to decide now, I just… well whenever you need some cash, or just curious about the pics I would take.” he grinned and focused on the pizza then, biting and sucking on it, busy with the cheese and all that.

Rose crossed her legs at the knee as he smiled at her and arched a delicate eyebrow once again at him. “But I get the distinct feeling you don’t want to,” she answered eyeing him. She watched as he held out a card to her. She hesitated, then plucked it from his fingers. Without even glancing at it she pushed it into her coat pocket. “Yup, if I need some extra cash I will definitely call,” she nodded before reaching for a slice of pizza. She bit into it, then let her eyes flick to Hector to gauge his reaction. When he didn’t seem to indicate whether or not he had screwed up the pizza she took a few more bites.

Karel V. pushes the door open and closes it quickly behind her. Her face is sweaty despite the cold and her hands are shaking a bit. She glances over at Rose who seems to be in a conversation, nods briefly at the stranger, and goes up to Hector to order her usual pineapple and shrimp pizza. She leans over the counter waiting, looking a little unsteady. Snow melts on her clothes and drips onto the ground.

Apollo nodded as she took the card and looked up after a few bites. “Give it a thought.” he then briefly checked the figure who walked in, then returned his attention to Rose, noticing her glance to Hector. “What about you, are you working here?”

Rose nodded her head at his question though her gaze flicked over to Karel. “Yeah, I am a manager here,” she said with a frown. “Gimme a sec,” she told him sliding from the booth. “Karel?” she called out as she approached the unsteady looking woman. “Are you okay?”

Karel shakes her head and looks down, propping herself up with her arms on the counter, her mind too shut to make any eye contact with Rose. “I uh….not really. I’m coming off one of my um, episodes. I just need some food I think.” She looks pale and her fingers are twitching a little, though she’s able to stand, though she’s shaky.

Apollo nodded, dealing with the remains of his pizza. He chuckled then, if she is a manager she probably will never need any “extra cash”, but hey, he tried. He knew he was doomed ever since he set his eyes on the girl, and shook his head. He is always too blunt… He was too concerned with his own thoughts, even if he overheard their conversation.

Rose’s eyebrows knit together in concern as she looked at the dark haired woman. “Episodes?” she asked softly before her eyes flicked over to the man at the booth. She wasn’t sure if it was something the woman was embarrassed to talk about. “Why don’t you go take a seat? You look unsteady, and I am sure those heels aren’t helping.”

Karel peels out a ten and puts it on the counter for Hector. Nods a little bit to Rose. “Mm.” She totters over to the other table and sits down, holding her head. She speaks with a slight slur, “I just took a pill. I should be fine in a while” and alternates between staring at the table and closing her eyes.

Apollo ordered a coffee and leaned back, making himself comfortable after the pizza, stretching his legs and generally enjoying life in that well fed state, not minding anything at the moment. His glance drifted over to the girl every now and then, but otherwise didn’t meddle in their affair.

Rose nodded as Karel took her advice and sat down before reaching up to rub her forehead. It had been a long day. “Okay, well if you are sure,” she said heading to the back. “I hate to do this, but I really need to get some sleep, if you need anything, Hector can help ya.”

Karel waves weakly to Rose as Hector comes out and serves her her personal pan pizza with a glass of water and change, which she leaves on the table. She eats a slice of of pizza very slowly in a way that’s painstaking to watch, as if she’s making herself eat despite her lack of appetite. The food seems to take the edge off a bit.

Apollo looked after Rose and smiled to the other woman. “Get well… And tell your friend she needs those pics taken….” he chuckled and left some money on the table before he was out of the place.

Karel peers up briefly at the man, looking confused, and looks back down, continuing to try to eat.

Apollo When the day finally came she was so excited. She fixed her hair up, pausing to make sure it covered the marks she had found there and spent extra time on her makeup to make sure everything …

Apollo’s First Letter   Dear Miss Blackmoore, You must excuse me for my style, for I am not a man of words, nor a poet. I just wish I could find the right words. I promised that I would … 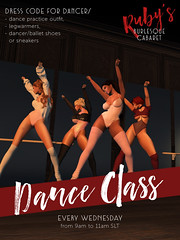